God has not forgotten you

(I wrote this several years ago, but it still rings in my ears.  It speaks to my heart when I wonder "where is God?"  I've reposted it and hope it helps you as you wonder about God's timing.) 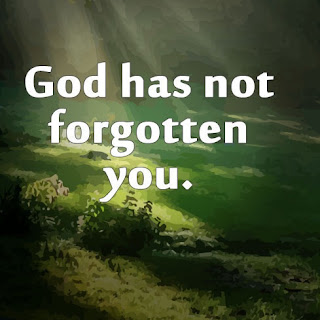