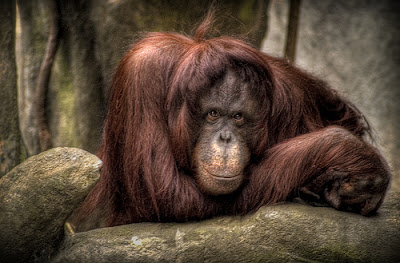 Ok, now for some deep thoughts from a shallow mind. Realize that profound is just a word to me, and I live in the world of application (so what do I do with that?) So my thoughts will not stir you to great heights, but I do hope they will encourage you.

I don't often deal with current events in this blog, but this is too good to pass up. It caught my attention because it is so strange, offbeat, unusual.

"LONDON, England -- Pedestrians all over the world are moving faster than a decade ago, according to scientists who have conducted a study into the pace at which people walk.
Psychologists say walking speeds have increased by an average of 10 percent in the past 10 years.
People in the greatest hurry live in Singapore, according to the study of cities in 32 countries. Following in their footsteps are residents of Copenhagen in Denmark and Madrid in Spain.
Researchers in each city found a busy street with a wide pavement that was flat, free from obstacles and sufficiently uncrowded to allow people to walk at their maximum speed.
The speed of each city's walkers was then timed by a team researchers, armed with stopwatches.
The pace of life in our major cities is now much quicker than before. This increase in speed will affect more people than ever, because for the first time in history the majority of the world's population are now living in urban center," Wiseman said.
The biggest changes were found in the Far East. In Singapore, walking pace had increased by 30 percent and in Guangzhou, China, the pace was more than 20 percent quicker.
Here is a list, in order, of the cities ranked by the speeds at which people walk:
1) Singapore (Singapore) and lastly.... 32) Blantyre (Malawi)" (I left out the middle 30 to shorten the list.) " --CNN.com

So here's what I'm thinking....this is much ado about nothing! We are rushing around, so busy with our lives that we have to increase our walking pace to just get everything done. We have become a world in a hurry going nowhere!

The place on the list that was most interesting to me was the city with the slowest pace- Blantyre, Malawi. I got online to research this city I have never heard of. It's in East Africa.

Which end of this list is the winner? Which place is the most appealing? Why am I even asking?

I'm curious....why are we in such a hurry? What are we accomplishing? We are so busy, with noise all around us, that we never get time to stop, be quiet and think. We rush through our lives with no idea of what we are doing or what our purpose is. At least at our funerals we can encourage the family, "he was busy!"

Psa 46:10 "Step out of the traffic! Take a long, loving look at me, your High God, above politics, above everything."
Posted by Mike Messerli at 6:04 AM

In my humble opine, great post and thought provoking questions. I’ll take the slower pace - I’ll take the turtle over the hare every time.

Have we just become a bunch of “Yes People?” Or are we going to be courageous and spend time to pray, meditate and listen to God and put Him first? This in turn may require us to slow down and periodically require us to say “no.”

I’m not a doctor, but maybe that’s why God created the heart attack; so that we get focused on Him and that relationship, instead of ourselves, our works, the list can go on.....

Have a blessed Friday.

My first thought was I guess not the right one cause I keep thinking 'How much did the world have to pay for them to study and analyze this aspect of humanity'. I see something like the world adapting to one clock in which we get things done (becoming slaves to our technology). Most things have to speed up because fastpaced technology is being introduced into their lives. You are right Mike we are being distracted.