The age of Athaliah 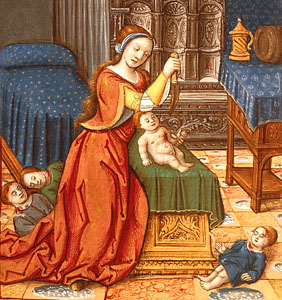 We are in one of the strangest times in history.  For a way to describe it I call it "The age of Athaliah."

Athaliah was the mother of Ahaziah, king of Judah, and after he was killed in battle she took the kingdom by force, killed all her direct decedents and became Queen. Imagine the evil in a woman who would kill her own children and grandchildren to be able to rule a country, to be able to do as she wished.

What a terrible day we have come to when a women can kill her own child and feel no sorrow.  We are, sadly, once more in the age of Athaliah.

This kind of paganism demands God's people pray for the country and help those poor women who have fallen for the lie that the child in them is victim to their own desire.

And now we come to leaders who believe as she did.  God will deal with this kind of lie.  Pray for those who have believed it.