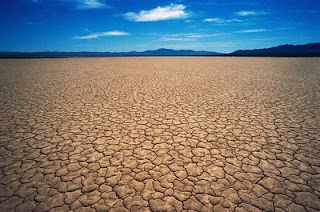 God does his best work with barren things.

He built nations from barren wombs.

Sarah, Abraham's wife, was barren and yet from her God built a nation of millions!

Elizabeth was barren and from her came John the Baptist.

In Exodus 17 God led his people into a barren desert and in a place where there was no water he made a river for them to drink.

God does his best work with barren things.

He works with barren things so the world will see his glory and greatness.

Have you felt like a failure?  Have you wasted your years?  Do you think you're not good enough, not smart enough, have nothing to offer?  Then you are just the person God can use.  He loves working with barren things, broken lives,  and failures, because through what the world considers "barren" God works miracles!