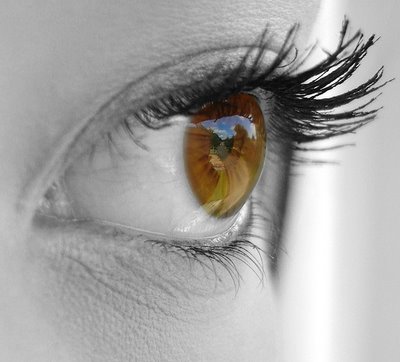 Proverbs 20:12- The hearing ear and the seeing eye, The LORD has made both of them.

God is so amazing! It's shown in what he has made. I easily take it for granted at times, but everything was wonderfully made by God, and he did a great job! Look at the eye, for example. It's one of God's most intricate, detailed creations. The complexity of the eye confounds evolutionists. How could something like the eye evolve? The answer is simple- it didn't. I know, I know....science would call me simple, a religious extremist, but that doesn't deal with the miracles God has made that science cannot explain, like the eye. The whole discussion involves a lot of stuff that would frankly bore most of us, but wow......what a wonderful creation, all done by God with such great ease. Here's a funny example of how amazing God is-

An afterthought to God, "oh yeah, and I made the stars too." No problem for God. That's the kind of God I want! One who almost forgets to mention something that is beyond our imagination. A big God! And he is! Psalms talks about him in this way,

Psa 100- Shout joyfully to the LORD, all the earth. Serve the LORD with gladness; Come before Him with joyful singing. Know that the LORD Himself is God; It is He who has made us, and not we ourselves; We are His people and the sheep of His pasture. Enter His gates with thanksgiving And His courts with praise. Give thanks to Him, bless His name. For the LORD is good; His lovingkindness is everlasting And His faithfulness to all generations.
Posted by Mike Messerli at 11:54 AM

Geez. I don't know why that I still, after everything that God has done in my life to demonstrate how much bigger He is than I comprehend, belittle God in my head. I don't want to do that, I just do. Thank you for the reminder that He is the God that I worship and adore. It really puts some perspective on my "world".
Jenny

Funny, thinking on the same lines!
Having to be reminded in the midst of some age-old circumstances - God is GOD - is so silly, but honest!
I appreciate this reminder as well. :0-)
ABSOLUTELY LOVE THIS PIC!!!!!!!

Thanks for your comments, but I'm not playing.

But I must admit you are a funny guy!

Call me sometime, and let's have coffee. I would love to visit.